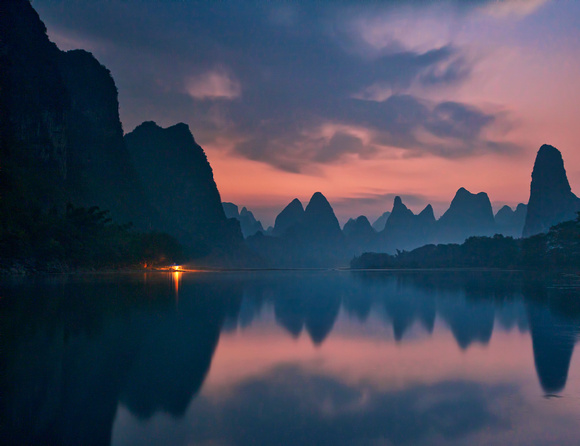 The Dawn of Li River

Traveling one hour by boat in the darkness, I arrived at the location called Xia Long (下龙）before twilight. Some clouds were floating on the sky, which indicated that the sunrise would be interesting. I started to shoot when the first light appeared over the sky. Within just couple of minutes, the sky began to dance.