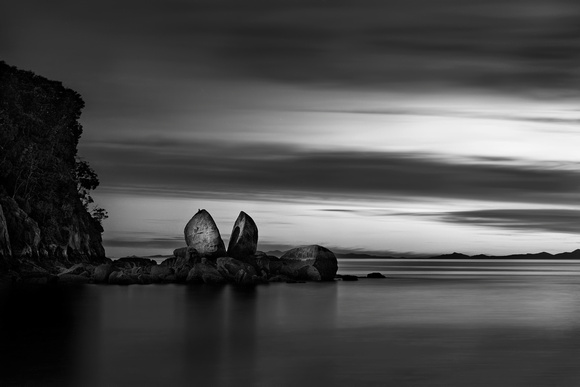 Split Apple Rock is a geological rock formation in The Tasman Bay off the northern coast of the South Island of New Zealand. It was said that two gods of Maori legend were fighting over the possession of a large boulder. To settle the matter, they used their godlike strength to break it in half.

This place has been in my wishlist for a long time, and finally I visited it in November 2014. We drove to the beach around 4am. The twilight from the east already started to be visible, while the moon still hang on the sky and shined on the Split Apple Rock. From the cliff on the right side, one may get a sense about the size of this giant.
© Yan Zhang Photography
Powered by ZENFOLIO User Agreement
Cancel
Continue