My publications on landscape photography 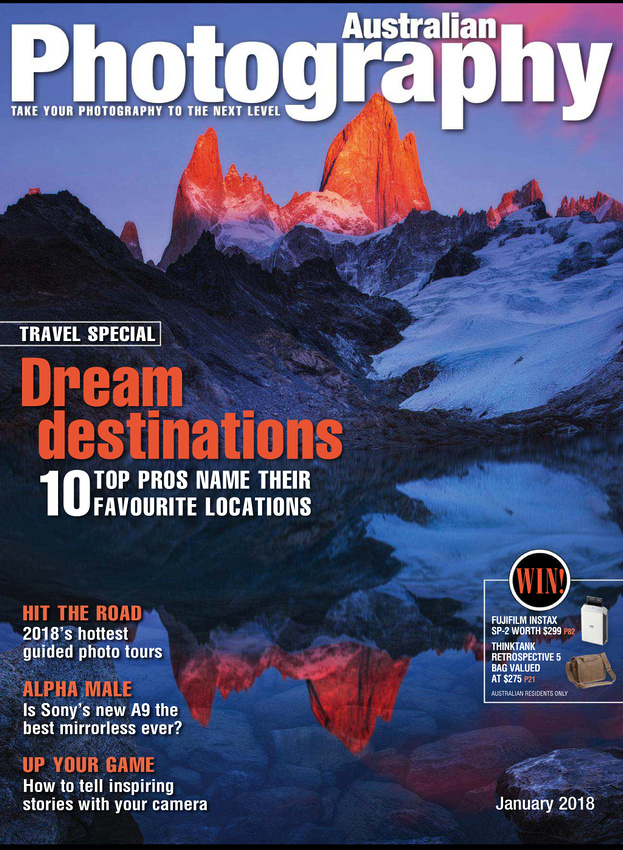 December 2017: Australian Photography Magazine in its December issue has published a 9-page my photo article "Chasing the Light". 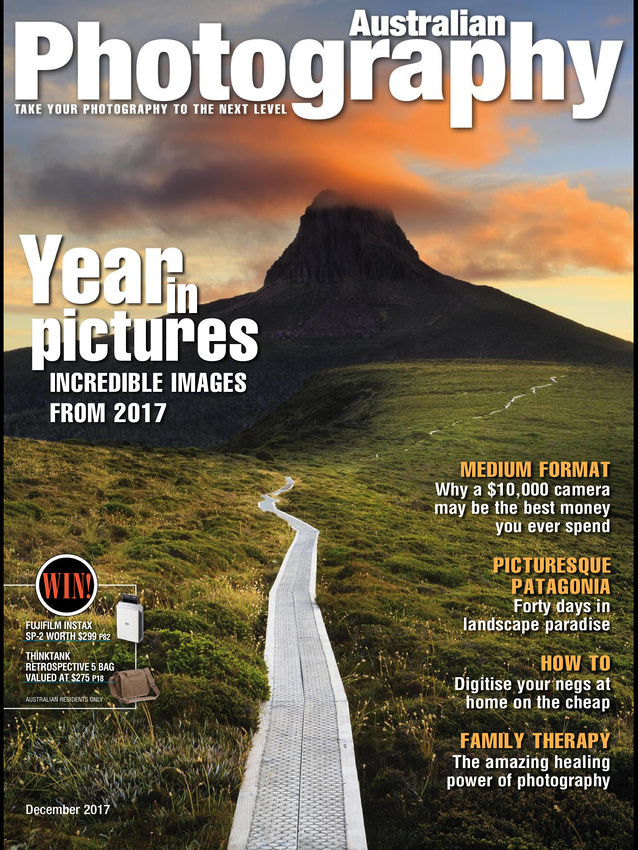 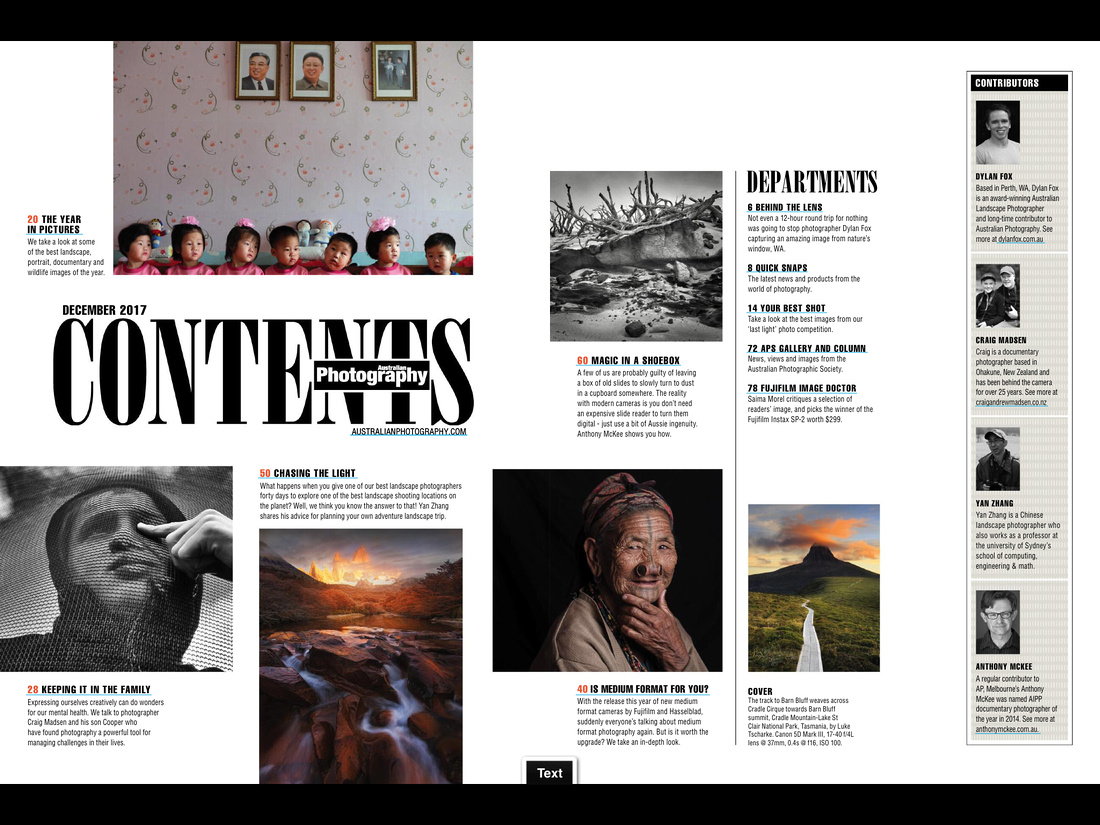 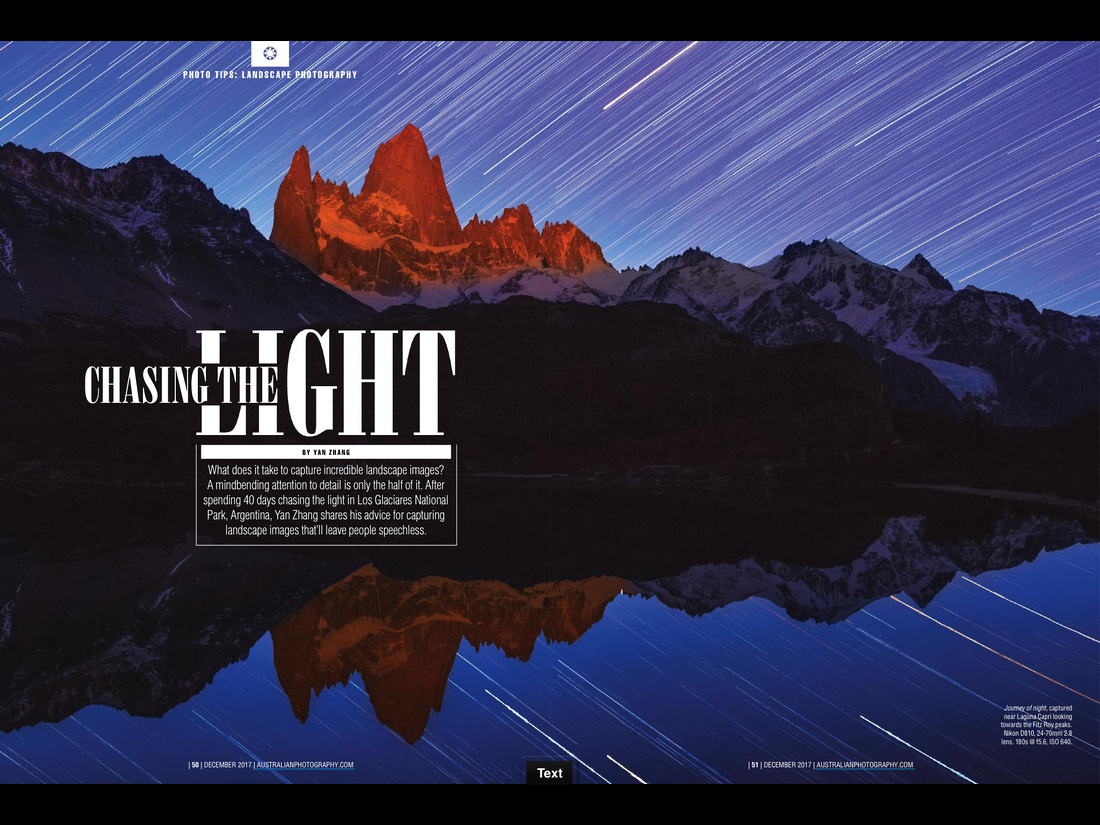 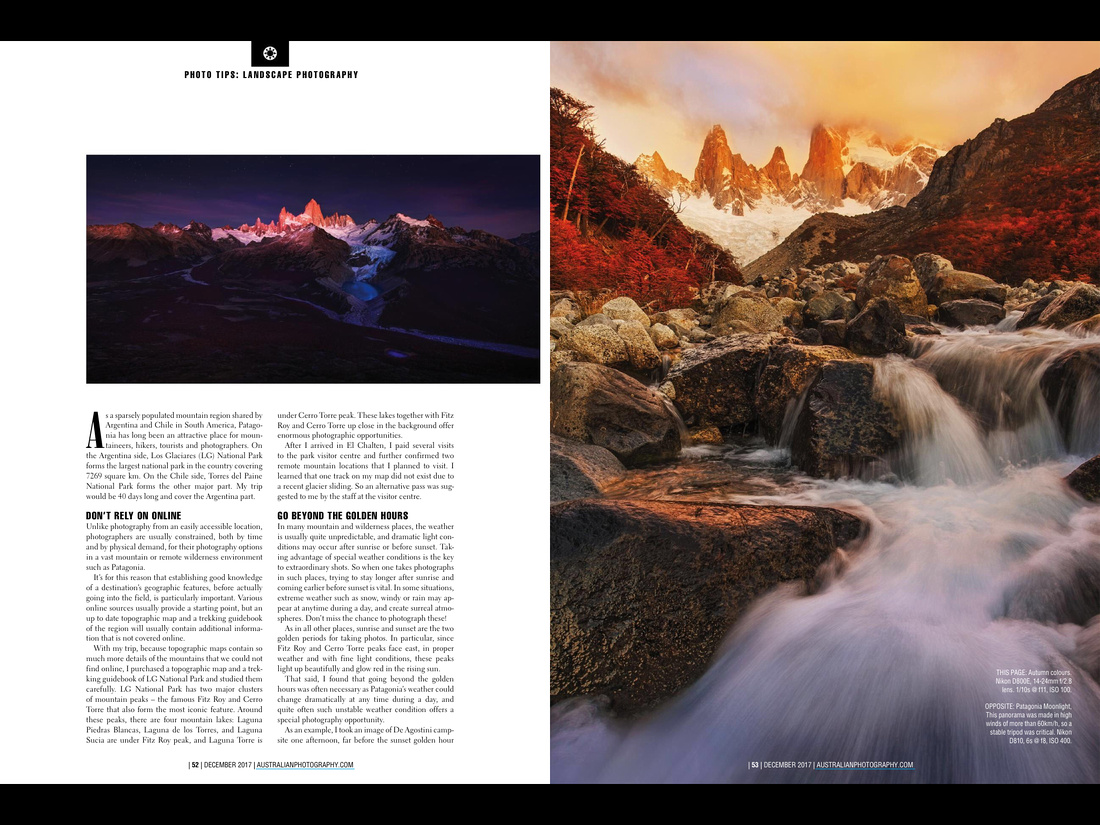 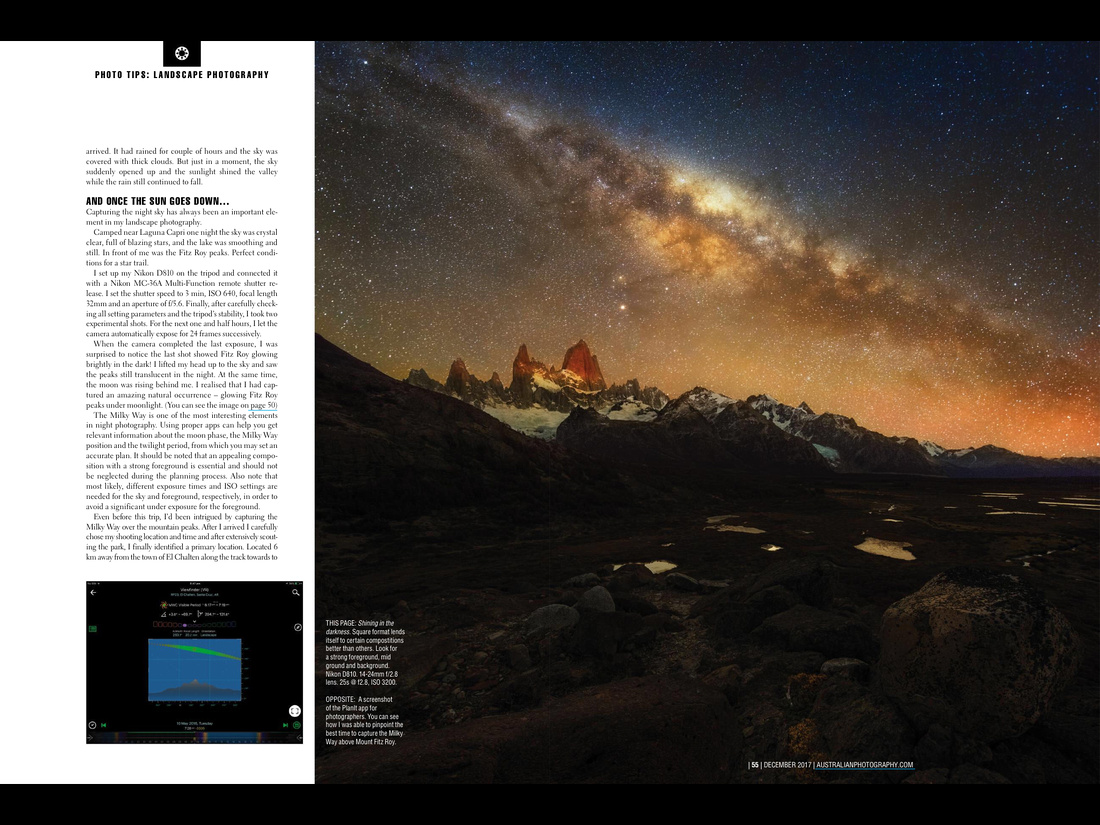 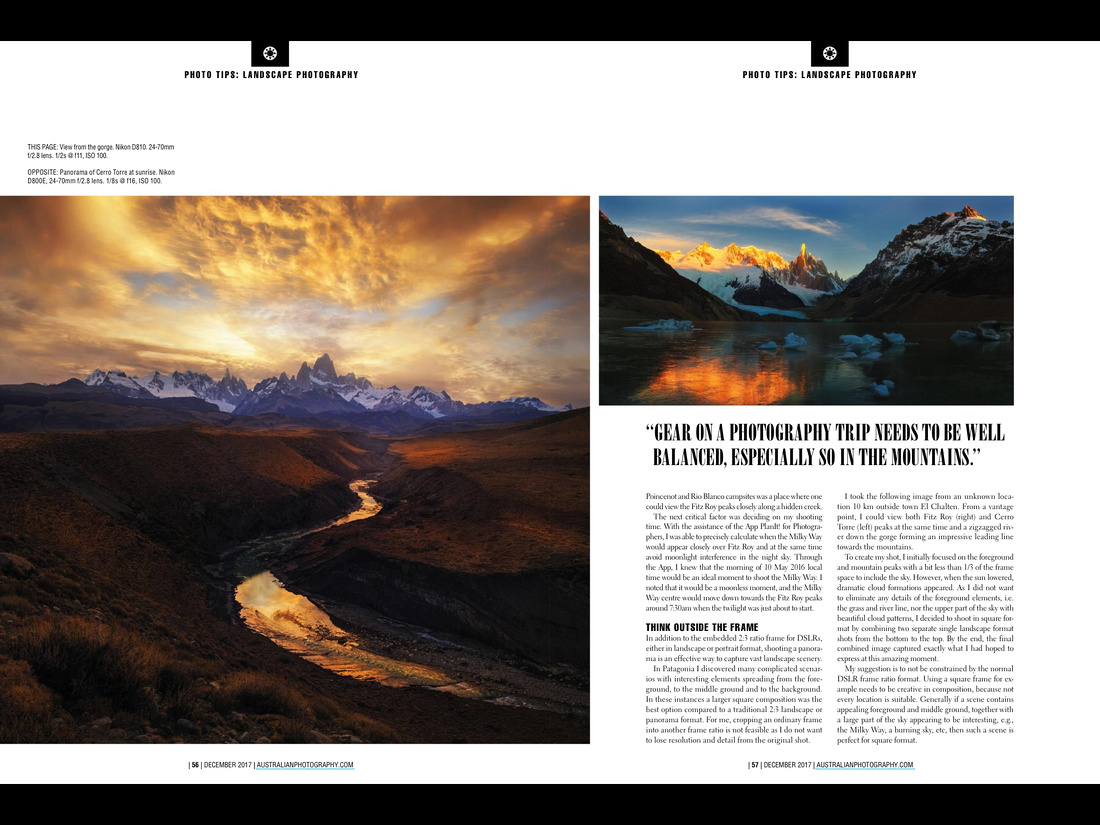 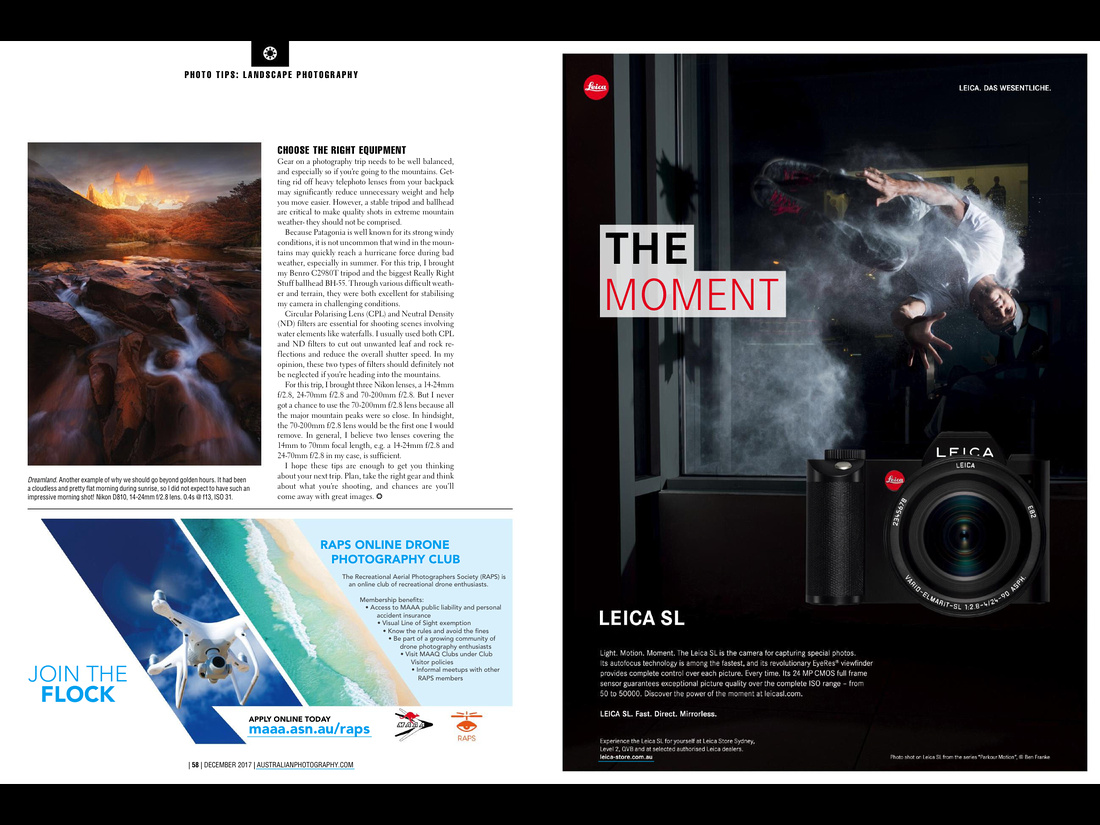 How to prepare a digital image file for a large print, 1X e-magazine, September 2017.

27 July 2017 - 1X Interview: I have recently been interviewed by 1X magazine chief editor Yvette Depeape: The Beauty of Nature transformed into eternal Art.

Yosemite FirefallYosemite Horsetail Fall is located in Yosemite National Park in California, occurring on the east side of El Capitan. What makes it so famous is due to its "Firefall" phenomenon. That is, in each February, under proper weather conditions, the setting sun illuminates the waterfall, making it glow in red.

I was very lucky to witness this spectacular Firefall during my first time visit to Yosemite National Park. 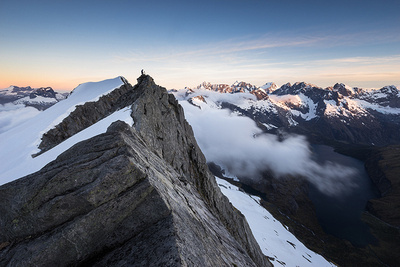